Connecting the Threads of History at St. John's 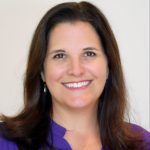 I am “thehistoryhead” and my name is Kathy Carroll.  A history and English teacher by trade, I have been teaching in both public and independent schools in Dallas, Texas, since 1993.  I hold a Master of Humanities from the University of Dallas. I am also a life long learner, pursuing my Graduate Certificate in Digital Public Humanities at George Mason University.

Currently, I teach at St. John’s Episcopal School and serve as social studies vertical team chair.  Along with my colleague, Tom Parr, I use the creative and connective power of digital technology to help students to become historians themselves through the medium of documentary film.  Students spend a year collecting original primary source material in order to research, script, edit and produce a short documentary film shown at the St. John’s Documentary Film Festival. 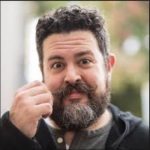 Tom Par IV is  the Drama Integration Specialist and Arts Department Chair at St. John’s Episcopal School in Dallas, Texas, where he has been teaching for over eight years.  Tom has directed and taught from Pre-K to the college level for over fifteen years.  For over twenty years, he has been a working actor, director and producer and was a founding member of the Second Thought Theater of Dallas.  As a professional director and designer, he has taken the collaborative development style of theater and implemented this into multiple educational integrations. A well-known speaker, Tom is certified by the Buck Institute in Project Based Learning.

Theme by Anders Noren — Up ↑